Each cabin is equipped with beds, a kitchen and a bathroom. Pots and pans, dishes, utensils and glassware are stored in the cabinets. Beds are adequately made up with linens and bedding and pillows. There is weekly linen provided if you stay more than seven days.

Tap the cabin to see inside 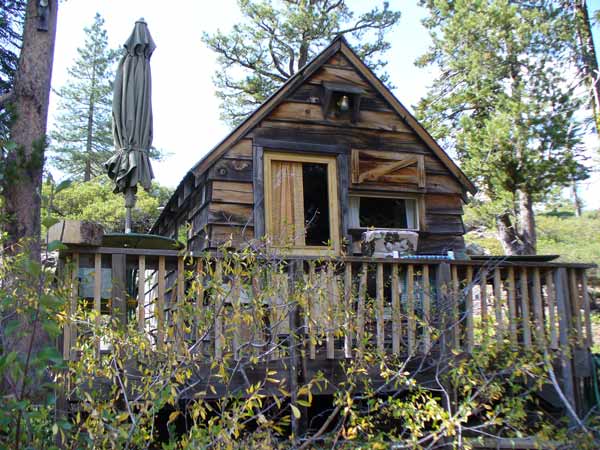 Frank is our small two person cabin.  It is a little bit set off from the rest of the cabins.  A seasonal creek filled pool in front of the cabin adds the comfortable sound of running water. 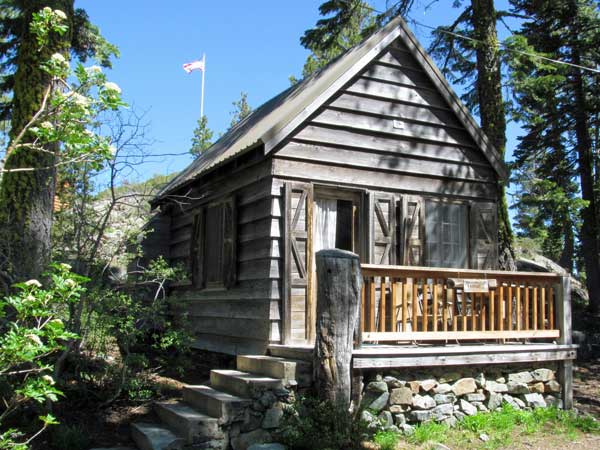 The Cromwell cabin is a two person cabin.  Located on a seasonal creek, it is one of the more popular cabins. 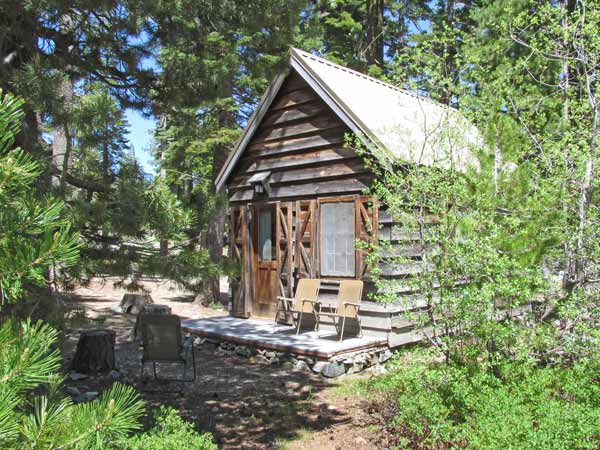 Bindee cabin was one of the original cabins, built in the 1940's.  It is named after Sugie's grandmother, her father's mother, who stayed in this cabin when visiting in the summertime.  It comfortably sleeps three. 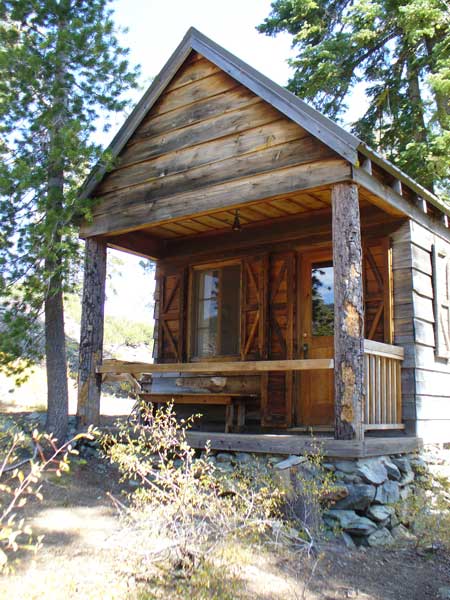 Davis cabin was one of the original cabins, built in the 1930's. It comfortably sleeps three. 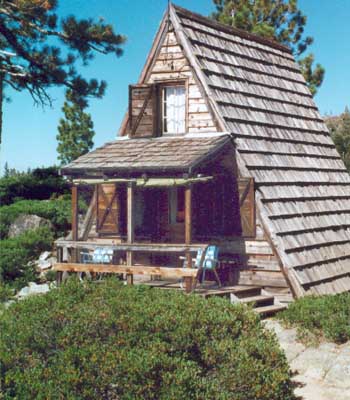 The A-Frame cabin was first built as living quarters for the cook.  In the 1960's, when we stopped serving meals, it was converted to a four person cabin. 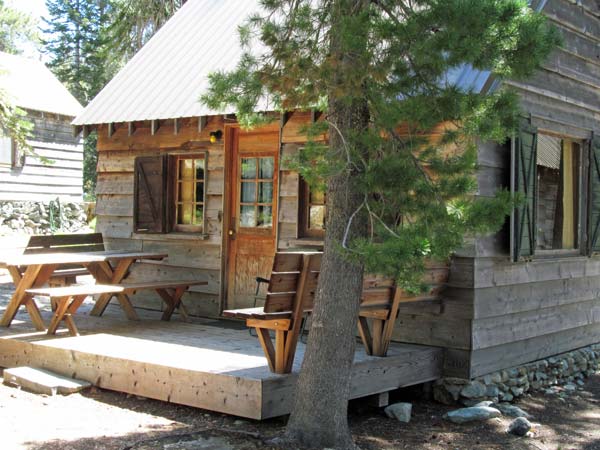 Cabin 19 was originally the wash room, and also was designed to store a car in the winter. It was never used as a garage, though, and was converted into a four person cabin in 1970's. 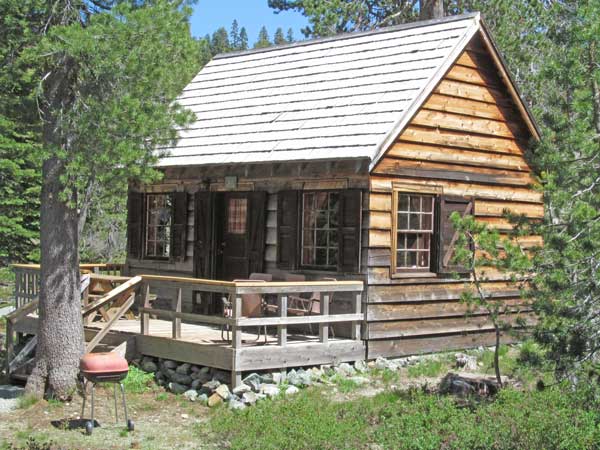 Marcus cabin was given to the lodge by the Marcus family when they were forced to remove their buildings in the Lakes Basin area. It was moved in the 1970's and was immediately converted into a four person cabin. 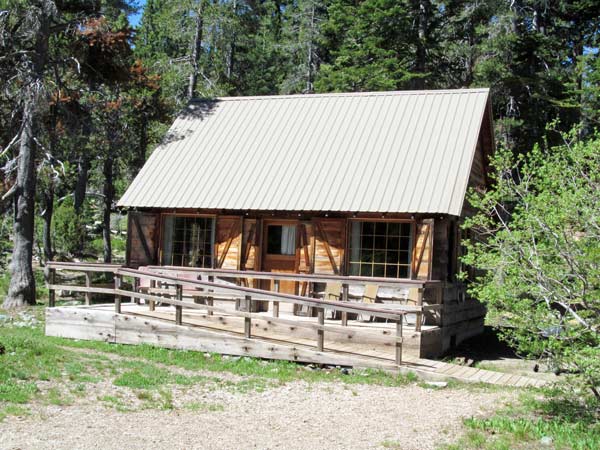 Childs is our only 5 person cabin.  It was designed to be handicapped accessible, therefore it has a slightly roomier interior. 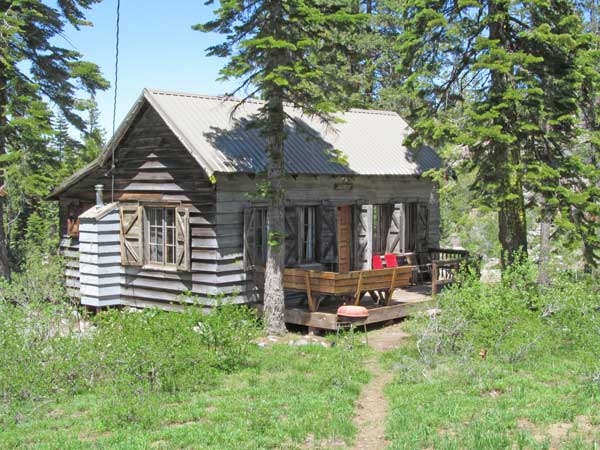 The Andrews cabin was formerly the office building in the1920's.  It is now a six person cabin, with two sleeping rooms inside to comfortably fit a family and a nice porch outside with table and benches for everyone.. 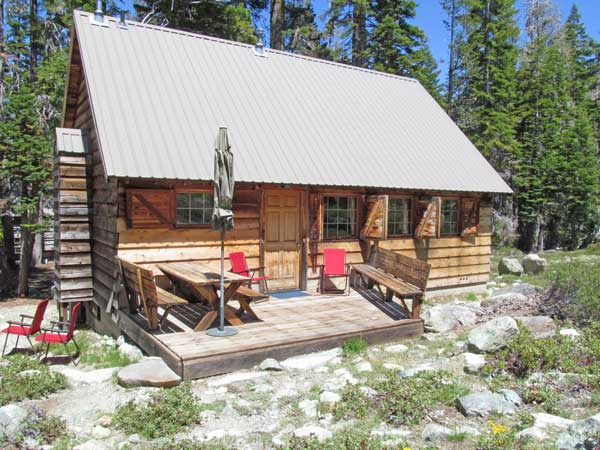 Drew cabin is our newest cabin, and one of our most popular .It sleeps 6 and is considered our six person deluxe cabin.

Elwell has three tent cabins which are sleeping accommodations only. They are only rented with a cabin. Inside they have beds, tables, chest of drawers, and a wall to wall carpet. Bottom sheets and pad are provided. You bring your own bedding or sleeping bag. Restrooms and a shower are nearby. 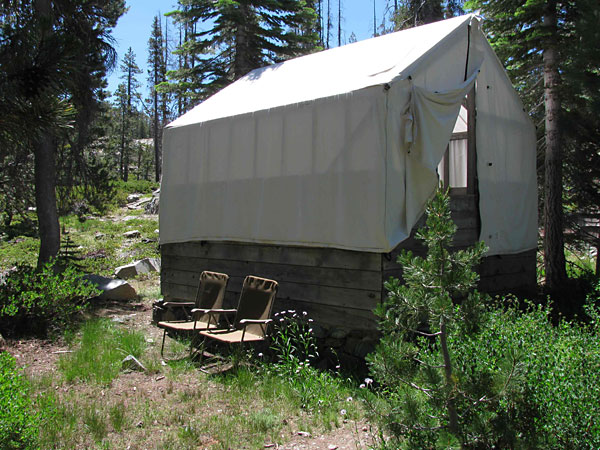 Bindee Tent has two single beds and is located near Bindee and Marcus Cabins. 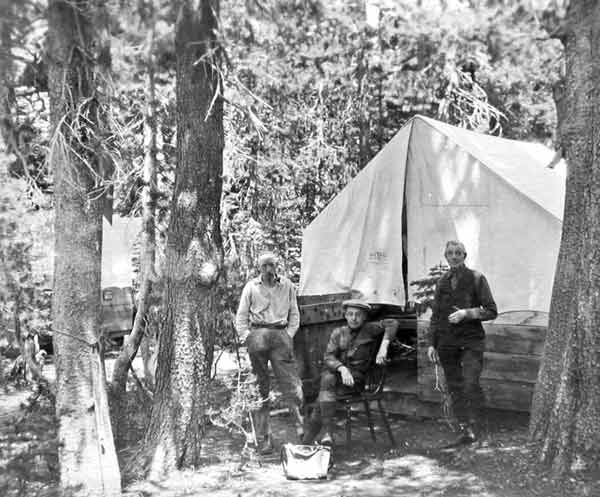 In the 1920's the lodge grounds had only tent cabins for sleeping accommodations. Today the tent cabins look just the same as then with wood walls and canvas covers. 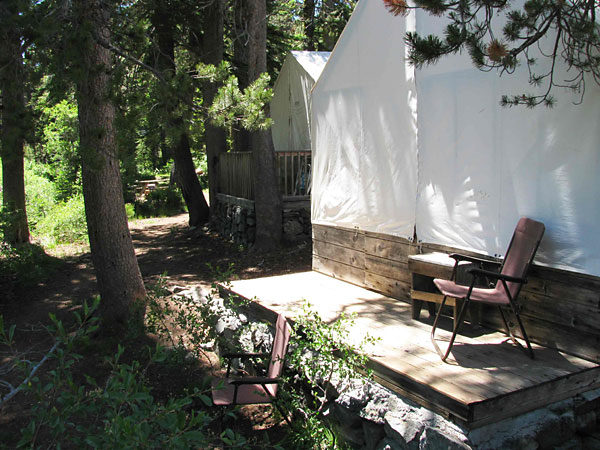 Cromwell and Frank Tents have one single bed and one double bed and are located next to these cabins.

When you drive up the entrance road you are greeted with views of our
two large, sunny recreation spaces -

tap the building to see inside

Built in the early 1920's this building has just gotten a face lift and is ready for the next 100 years. 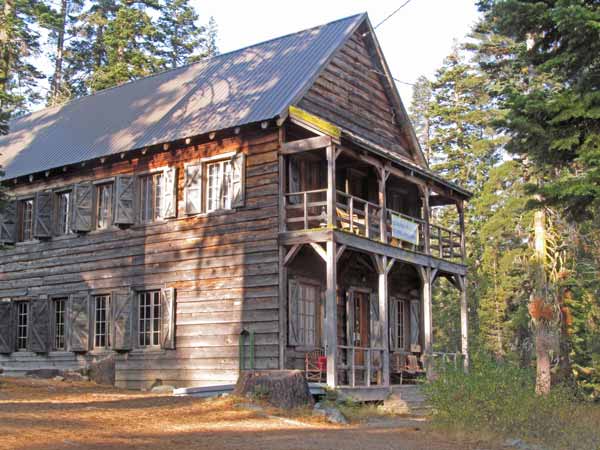 Built in the early 1920's this building still offers guests a space to gather and visit.