The Plumas National Forest was formed in 1905 by President Theodore Roosevelt, encompassing 1.1 million acres of forest, lakes, and meadows. The Lakes Basin Recreation Area was established by the United States Forest Service in 1926. The area has been used for centuries as seasonal habitation by the Maidu and Washoe Native American tribes for hunting of deer and gathering of foodstuffs and medicinal plants. Petroglyphs left by the early visitors can be found on rocks scattered around the lakes and open areas. Lodges were built for recreational use by local miners and city vacationers alike starting in the late 1800's.
‍
Located nine miles from the small town of Graeagle, California, this pristine area of over 20 glacially formed lakes at 6500 feet in altitude invites the hiker, fisherperson, and photographer to meander its miles of trails. Without any roads to reach the lakes, a person feels the peace and solitude of the mountains as they discover the lakes, flowers, and mountains the Lakes Basin has to offer. 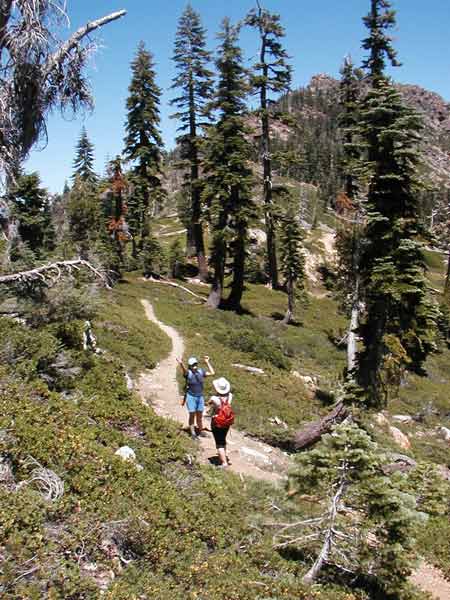 To protect the area from wildfires, manned lookouts were built on the mountain tops. One of the first was on Mt. Elwell at 7,818 feet in 1910. It lasted until 1932 when another station was constructed at Mills Peak, 7,311 feet, which had a better commanding view of the forests and valleys. The Sierra Buttes Lookout at 8,587 feet was built around 1915. It had a building with both living and observation space with a wooden walkway to the top.  In the 1960's it was replaced with a steel frame building and stairway that you see today. You can walk to the tops of each of these peaks and visit two of them, with Mills Peak still manned most of the summer. Mt. Elwell still has remnants of the former lookout's metal roof clinging to the boulders at the top, a small piece of the history of the Lakes Basin. 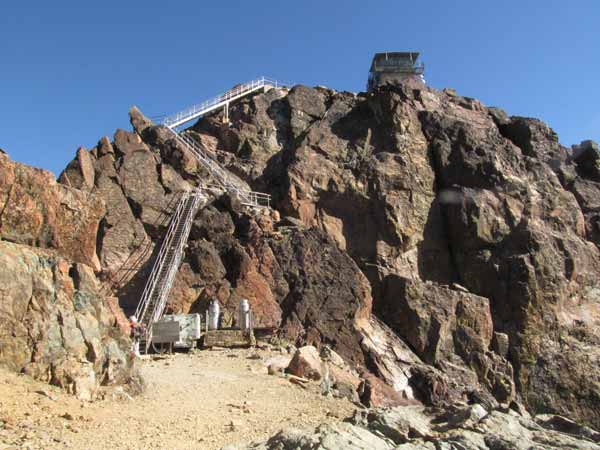 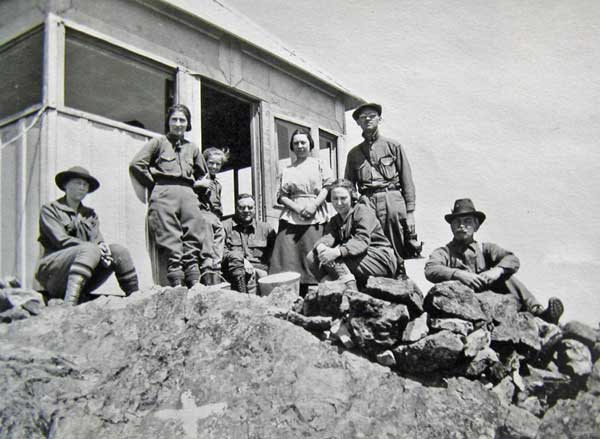