Elwell Lakes Lodge was started in 1920 by William Drew, a resident of Burlingame, California.  He had been visiting the area in 1919 with a fishing buddy and was asked to run Lakes Center Lodge while the widow of the owner was away.  He liked the area so well that the next year he began building and operating nearby a tent cabin facility.  Three meals a day, hot water in a shower house, and men's and women's outhouses were offered as conveniences to those who wished to not camp on the ground.

People arrived at the lodge by train, coming into the station at Blairsden and then driven by ‘car stage’ to the lodge, about a 12 mile ride on a dirt road. Various events such as costume parties, dances, and campfires kept the guests entertained in the evening after a day of hiking, fishing, or horseback riding.  By the mid-twenties a large recreation hall and dining hall were completed and then the guests could gather around the fireplace at night after a hearty meal in the building on the hill.  When the Depression came, people did not frequent the lodges as much, though the resorts continued to operate.

Board cabins began to be built in the 1930’s to appeal to those who wished to escape the bugs and other animals.  By the 1960’s people tended to camp more, so Mr. Drew’s daughter, Miriam Childs, who now owned the lodge, changed the lodge to housekeeping cabins to appeal to a new clientele.  By the late 1980’s, the Lakes Basin had been rediscovered by the public, and the lodges were booming once again.

John and Sugie Barker, Miriam Childs' daughter, took advantage of the renewed interest to grow the lodge to it's current size of ten cabins and three tent cabins. They created a large following, with guests coming back year after year, until their retirement in 2022. The two big buildings, even after more than 99 years, reflect the craftsmanship of Mr. Drew and his vision of a summer resort in the mountains of Plumas National Forest.

Still owned and operated by the original family, Elwell Lakes Lodge is now run by their son, Jeremy Barker and his wife, Vanessa Barker. 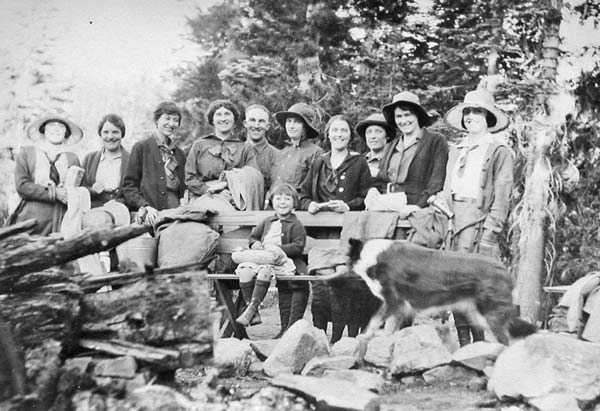 Friends and Family around the campfire 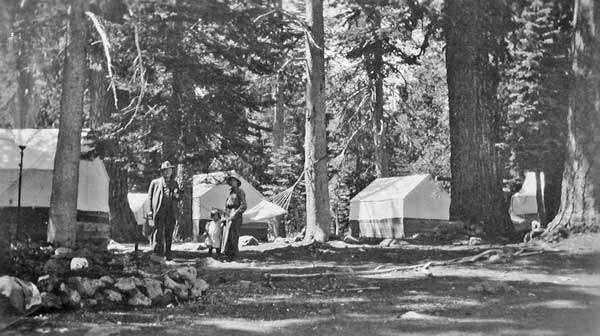 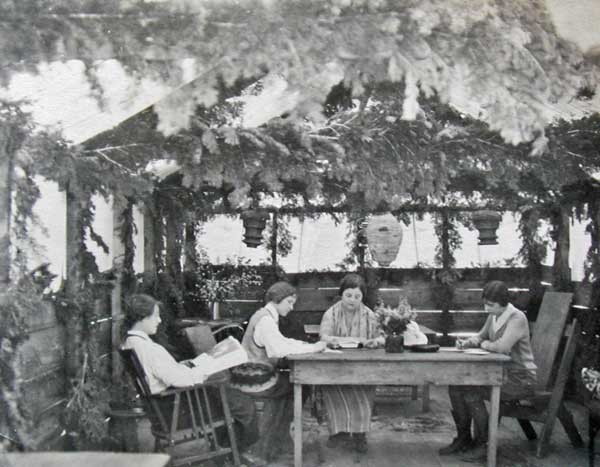 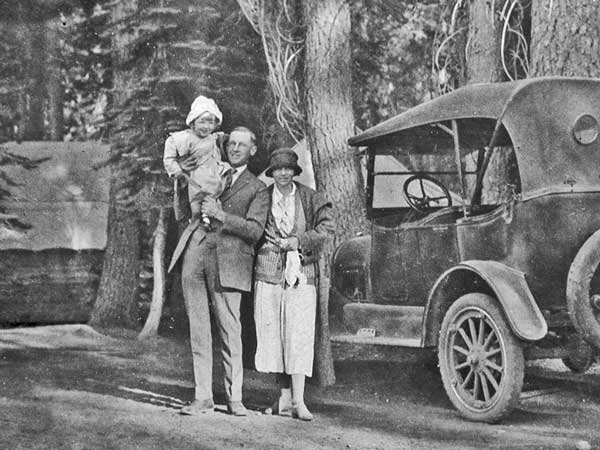 The Marcus Family arriving at Camp Elwell in 1923 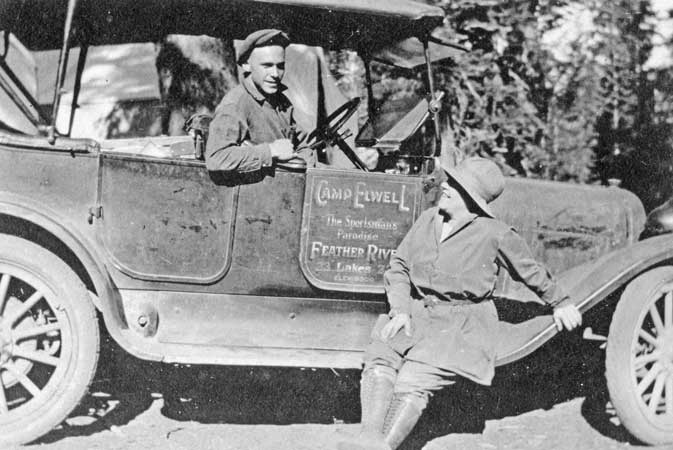 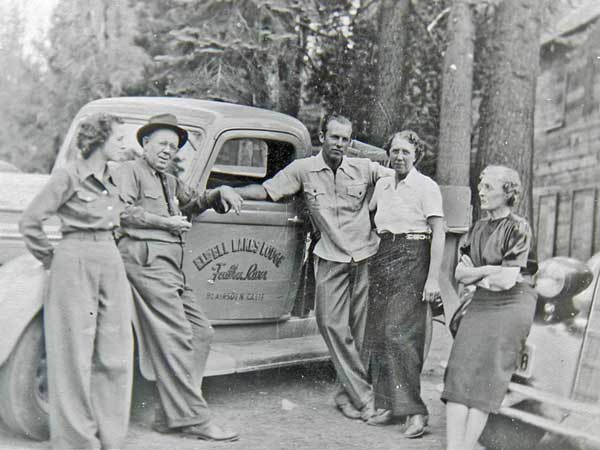 The Drew Family ready to depart for the season about 1935 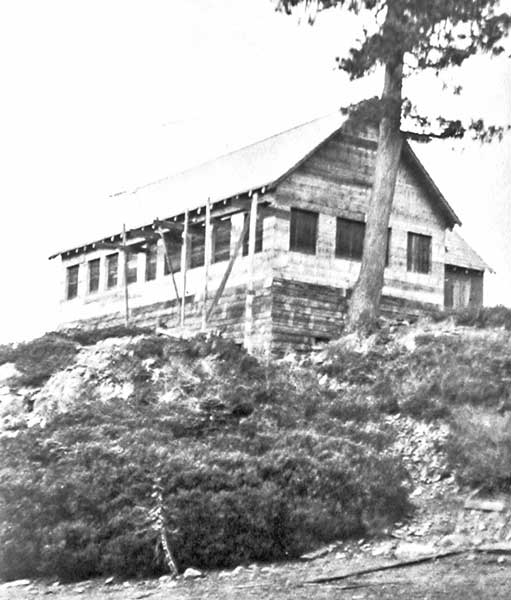 The Dining Hall being constructed in the early 1920's 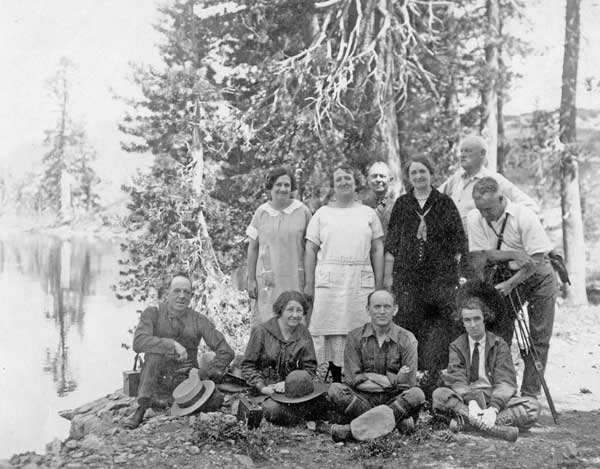 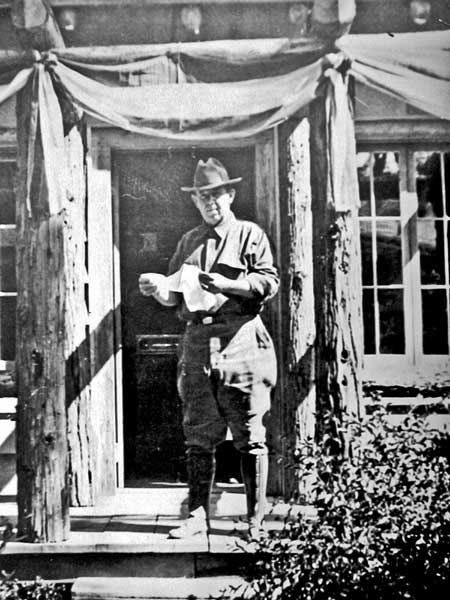 Bill Drew announcing the day's events at the door of the Office, now Andrews Cabin
Elwell Lakes Lodge will be open from June 3 to October 1 in 2023